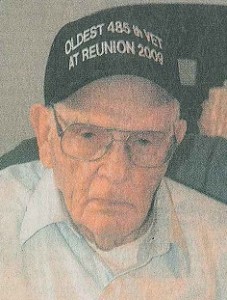 Gordon was a lifetime resident of Warsaw where he was a self-employed farmer, retiring in the early 1990’s. He attended high school in Pierceton and then Larwill where he graduated. Gordon served in the U.S. Air Force during World War II, European Theatre from 1943 – 1945.

He was a member of Morris Chapel United Methodist Church, Warsaw, Gideons International and Farm Bureau. He also enjoyed gardening.

He was preceded in death by two brothers, John and Morris and two sisters, Betty and Marjorie.

Visitation will be from 4 p.m. to 7 p.m. Thursday, Oct. 4, at McHatton-Sadler Funeral Chapel, Warsaw. A funeral service will be held at 11 a.m. Friday, Oct. 5, at the funeral home with Pastor Holly White officiating. Burial will be in Oakwood Cemetery, Warsaw.