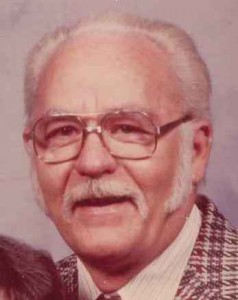 He graduated from North Side High School in Fort Wayne and was married on Jan. 26, 1963, in Fort Wayne to Phyllis A. (Moore) Galbreath who survives. He moved to Arizona in 1971 from Fort Wayne and then to North Webster in August 2011. He retired in 1988 from St. Joseph Hospital in Phoenix, Ariz., as an engineer after 16 years and was formerly employed with Eckrich Meats in Fort Wayne for 20 years.

He was preceded in death by his parents; a sister: Wilma Alcox; and three brothers: Darrell, Joe and Gene Bauer.

Visitation will be from 11 a.m. to 1 p.m. on Friday, Sept. 28, at Owen Family Funeral Home, SR 13 and CR 500N, North Webster. Graveside services will follow at 1:30 p.m. on Friday at the Mock addition of the North Webster Cemetery with Pastor Brad Cox of the Wawasee Lakeside Chapel officiating.

Memorial bequest may be given to the donor’s choice. Envelopes are available at the funeral home.