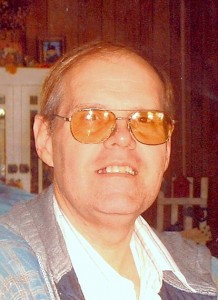 He was a graduate of Mentone High School’s class of 1967. On June 24, 1967, he married Diane S. Hull in Warsaw. Jerry was a serviceman with Spartech Corporation and was employed there for 45 years.

He was a member of National Rifle Association, attended the Church of the Nazarene in Warsaw,  and was a gun collector. He enjoyed fly fishing and traveling; he gave his life to his family as a devoted dad and loving husband. His grandchildren were his “jewels” and he was a devout Christian man who daily lived according to his faith. Just before his death, he gathered his family and encouraged all of them to continue to build on the Lord’s foundation

He was preceded in death by his father: Ora Warren Jr.; and a granddaughter: Hope Suzanne Warren.

Visitation will be from 3 p.m. to 7 p.m. Sunday, Aug. 19, at Titus Funeral Home, Warsaw. Services will be held at 10:30 a.m. Monday, Aug. 20, at the funeral home with Rod Valentine of Christ’s Covenant Church, Winona Lake, officiating. Burial will follow in Oakwood Cemetery, Warsaw.