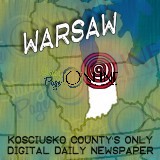 James “Jamie” C. Lake, a principal of Kovert Hawkins Architects Inc., presented first. Early in his presentation, he boasted the quality of the design team that would be involved in the project should his firm be selected. The team consists of Lake as team leader and liaison to both the Board of Trustees and the community, coordinating 55 team members, two additional demographics specialists, and a retired school superintendent serving as an education specialist. Lake has worked with the team for more than 17 years.

“This is the kind of study we do every day,” said Lake.

Kovert Hawkins Architects Inc. was the firm chosen to handle the building project that remodeled Claypool, Jefferson, Leesburg, and Madison elementary schools. Lake stressed that the new master facility plan would not necessarily result in a building project. He said that this plan was important simply as a study, from facility and curriculum standpoints.

He noted that the plan will provide Warsaw Community Schools a response to pressure from the state, a competitive stance with neighbors, as well as assisting in facilitating discussion about long term goals for the school system.

Following Lake’s presentation, CSO Architects CEO James A. Schellinger and several of his associates and team members filed in to make their presentation to the board.

CSO Architects would assign one of their principals, John Rigsbee, as senior project manager, but there would also be an individual team leader for each of the three subsections of the school system, elementary, middle and high school.

The focus of CSO’s presentation was aimed at the long term. Their design plans would make an effort to achieve flexibility in every facility, to allow for 10 years to 20 years of use of the buildings for various programs.

Rosemary W. Rehak, a former educator and member of CSO’s business development team, spoke of “future-proofing” WCS as a priority for the firm should they be selected by the board.

Schellinger stated to the board that there would be design options recommended to the board before building projects were undertaken. “We don’t think there’s one solution to everything,” said Schellinger.

The final presentation is ultimately broken down building by building, each with full documentation, photos, diagrams, cost lists, as well as a single summary sheet for the whole corporation. It was important to Rigsbee, however, that the board understand that CSO did not intend to start over completely.

“We have to make the best use of the facilities we have now. Not throw the baby out with the bath water,” said Rigsbee.

Schelling advised the board to “dream big in the master plan,” and plan as though everything that WCS could possibly want to achieve is the actual scenario. Then, based on what funds and goals allow, priorities could be established in the implementation process.

Both firms stated their fees for assembling a master facility plan could be applied as a rebate to the cost of any building projects that result from the study. They also pledged to complete the analysis phase of the process before Aug. 17, which was the Board of Trustee’s established deadline.

The Warsaw School Board meets at 7 p.m. Monday, June 25. Board of Trustees President Jennifer Tandy stated in Tuesday’s meeting that the decision of whether to hire CSO or Kovert Hawkins was scheduled to be discussed then.