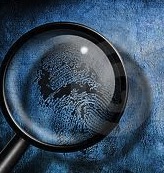 Kosciusko County Prosecutor Dan Hampton says he is not pursuing charges against any former Warsaw Police officers who were being investigated by Indiana State Police.

Hampton said Hunter and Stanley came under fire in late 2008 after it came to light that a gun obtained in an earlier WPD investigation became part of Hunter’s personal collection.

The gun was initially confiscated by WPD in a credit card fraud case stemming as far back as 2000. Hampton said officers, including Stanley, were involved in serving a search warrant and ceasing items believed to have been purchased fraudulently. At the completion of that investigation, the credit card company said it did not want the gun. That is when Stanley asked that the gun be traded at a local gun store for a service revolver that could be used by the department.

In 2008, Hampton says Hunter found the gun in a local gun store and purchased it for his personal use. When he brought it to the police department to show his fellow officers, they recognized it as being part of an earlier investigation.

Initially, Indiana State Police turned their case findings over to the federal prosecutor in South Bend. He “declined prosecution,” says Hampton, which is when it was turned over to the Kosciusko County Prosecutor’s office.

After carefully reviewing the ISP case, which Hampton calls “very thorough,” he made the determination that the matter was a violation of police department policy, but did not violate any federal or state laws.

According to Hampton, the WPD’s policy on confiscated items back then was rather lax. Because Stanley originally served the warrant, he was in possession of the gun until the conclusion of that case. “Since then, the department has changed the policies to make the evidence room more centralized and secure,” Hampton explains. There is also now one person who is responsible for tagging evidence and everything is computerized for better tracking.

The gun was the only part of the case Hampton said he received. There was an additional claim that another Warsaw Police officer, believed to have been former detective Tony Faucett, was being investigated for an allegation involving prostitution. Although WPD never released the findings of its alleged internal investigation, Hunter did call for Faucett’s termination at a September 2009 Board of Works meeting citing “gross negligence and misconduct.”

Faucett was initially suspended with pay but soon thereafter submitted his resignation. While one local paper cited “irregularities with the documentation and storage of confiscated weapons involving Faucett and Stanley,” Hampton says his case report did not include Faucett.

What is known, is that in 2007 Faucett was the lead detective in an investigation of VIP-The Office Spa that spanned two years. The business, which was located in a small plaza on the east side of Warsaw, was shut down when local authorities began to enforce a local ordinance regulating massage parlors.

The result of that investigation led to the arrests of Myong Suk Demorales and Song McCray. Both women allegedly offered bribes to Faucett for overlooking violations.

Today, Stanley is no longer working as police officer, but since he was not charged with any crime, he could still apply for police work. Hunter ultimately resigned as chief of police and served as a patrolman until his recent retirement. Faucett is said to be working in the private sector.