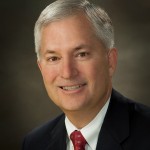 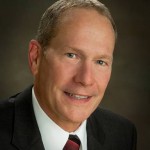 Stephen Harris and Michael Reed will both appear on the May 8 primary ballot.

Stephen Harris, 54, is a Kosciusko County native, a 1976 graduate of Warsaw Community High School and a 1980 graduate of DePauw University. He holds a bachelor’s degree in history and earned a master’s of business administration degree from Butler University in 1983. In 1988 is graduated from Indiana University”s School of Law.

For 24 years Harris has maintained Harris and Harris, a general law practice in Warsaw, with his father, Phillip J. Harris.

Reed is a second-generation lawyer who practices with his father, Max Reed, in almost every area of the law. Reed also currently serves as a member of the Wayne Township Advisory Board and Warsaw-Wayne Township Fire Territory Board.

Reed has extensive experience including criminal, municipal, administrative and family law. “I am confident in my capabilities as a judge, and I wish to continue the tradition of fine judicial officers who have served Kosciusko County,” said Reed.

The Papers posed several political questions. These are the candidates’ answers:

1. Why are you running for circuit court judge?

Reed: “The position of circuit Court judge is an important one with a great deal of responsibility, which needs to be filled by a capable individual. I believe that I am the best qualified and most experienced candidate running for the job.

“I’m familiar with the standards and values of the community, and I care about the community. I have practiced in all four courts currently operating in Kosciusko County, and I’m familiar with court practice, procedures, and substantive legal issues. I’ve worked with most local government offices, represented several towns, many businesses, and individuals throughout Kosciusko County, and I have a broad range of experience and different perspectives to draw from. Our community depends on the attributes of circuit court judge to be knowledgeable in an extensive range of the law, to apply common sense, and to bring fairness and integrity to the bench. I believe I am ready and able to do so.

“I think it’s important to take an active role in the community, including government, and am now in a position in my life to do so. Although I have enjoyed the private practice of law for over 30 years, I am ready for a career change and a new challenge in my employment. Over the years, I’ve observed the role that the circuit court judge plays in the legal process, and wish to accept the professional challenge that would come with the office.

“I’m grateful for this opportunity to show my gratitude by seeking this judicial position.”

Harris: “This is my first time seeking election to a public office. It’s my desire to use my legal experience and education in serving our community as circuit court judge. I’ve been wanting to get involved if the opportunity arose and it has. After practicing law for 25 years, and with my father being semi-retired, I felt the timing is right. I’ve done divorces, collections, and other cases, and I feel comfortable with the type of cases that I will handle, if I’m elected.”

2. What qualifications do you feel you possess in order to be a fair circuit court judge?

“Over the years, I’ve been an active part of this community in several ways. I’ve held several politically-related offices.

“I believe it is my broad legal and life experiences and involvement in a variety of different aspects of the law, my educational background, and my desire to improve my community that will help me succeed in the position of judge. I believe I have the temperament, intelligence, and work ethic to be an outstanding trial court judge.”

Harris: “Over the past 24 years, I have handled many different kinds of cases, similar to what circuit court does, such as divorces, collections and guardianship cases. I have also served as judge pro-tem when judges are absent.”

3. What experience do you have for this position?

Reed: “In short, I believe I have a diverse and broad range of legal experiences, gleaned over the last 30 years of private practice, which have equipped me with a wide variety of legal knowledge, both substantive and procedural, as well as understanding the legal system from multiple perspectives of plaintiffs, defendants, businesses, individuals, and governmental entities, that have prepared me to successfully fulfill the responsibilities of judge.

“I’ve been in private practice for more than 30 years and, in that time, I’ve had an opportunity to handle virtually all types of legal matters that would come before judge. A great deal of the judge’s time is spent dealing with criminal and family law matters. I have extensive experience in both these areas.

“I’ve been a public defender in Kosciusko County for more than 20 years, I’ve tried numerous jury trials, and I’ve defended people charged with serious crimes, including murder. I’ve handled hundreds of divorce cases. I was one of the first attorneys in Kosciusko County to be a certified mediator for both domestic relations cases and civil cases. I’ve also handled a wide variety of civil litigation matters, including personal injury and wrongful death cases.

“Circuit court is called upon to deal with zoning and land use disputes. I’ve considerable expertise in this area as I’ve been legal counsel for board of zoning appeals and area plan commission for more than 20 years. I’ve also represented multiple small towns, including Syracuse, Claypool, Sidney and Silver Lake, during my legal career, and I’m familiar with the vast variety of legal issues these towns have faced.

“I’ve also handled numerous appeals of both criminal and civil matters, and argued before the Indiana Court of Appeals. I represented the Kosciusko County Welfare Department for about 25 years, worked extensively in juvenile law and with Court Appointed Special Advocates.

Harris: “I have been a judge pro-tem, and I have handled different kinds of cases similar to the ones in circuit court.”

4. What changes, if any, do you plan to make in circuit court or in procedures?

Reed: “If elected I have several ideas to enhance court efficiencies, which will make court more user friendly for both attorneys and litigants. These changes include potential modifications for the dates and times for the scheduling of matters, and fixing more specific times for certain court proceedings.

“Circuit court is the drug court for criminal matters, and I’d like to explore the expansion of sentencing alternatives for those convicted of drug offenses. This would include the expansion of the use of rehabilitation programs and services offered by third-parties throughout Kosciusko County, such as Serenity House and The Rose Home. Additionally, I’d like to explore the expansion of an in-house drug treatment and rehabilitation program similar to the alcohol program now operated by Superior Court No. 2 and Superior Court No. 3.

“As judge, I believe it’s important that we continually look to improve not only the operations in the courtroom, and court business, but also the outcomes for those cases handled in courtroom. If elected, I intend to review all pro-se procedures, information and document availability, as well as the availability of adequate forms. If elected, I also intend to meet with the clerk of the courts, and bar association representatives to discuss possible changes and improvements to court.”

Harris: “I’ve been pleased with the way judges have handled the cases. I want to continue to keep the doors open and have more efficiency. I want to make sure the courtroom is run fairly for both parties in a professional and respectful way.”

5. If elected, what are you most looking forward to as judge and why?

Reed: “I enjoy working with people and helping people resolve their disputes. This is something I will do everyday as circuit court judge. I also believe it’s important that the judicial process and outcomes reflect the values and desires of the community. I look forward to the challenge of seeing that his goal is accomplished.

Harris: “If elected, I look forward to the variety of cases and the interaction with the attorneys and have a timely resolution for all cases as we all have roles in the justice system.”